Female lobsters are smaller than males and their tails are longer than their torsos. Male lobsters have a large body and very long legs with a smaller tail.

SPOTTED DRUMFISH AND A NURSE SHARK

‘It’s a beautiful day in the neighborhood!’ – Mister Rogers

These suckers attach themselves to anything that is large and moving.

Sharks, rays, turtles, whales, boats, and sometimes divers will do!

They hitch along for the ride and eat their hosts’ leftovers while munching on the occasional squid and plankton.

They certainly use … but they don’t abuse!

Most fish have a swimming bladder which is an organ filled with gas that helps them control their buoyancy.

Not much is actually known about how long remora live or how far they can travel on their hosts.

〰️ If you find a remora attached to your tank or your body, carefully remove it if it doesn’t detach by itself.

Pulling on it usually won’t do the trick as easily as running your finger under the tip of its mouth and then down towards its belly, releasing the suction. 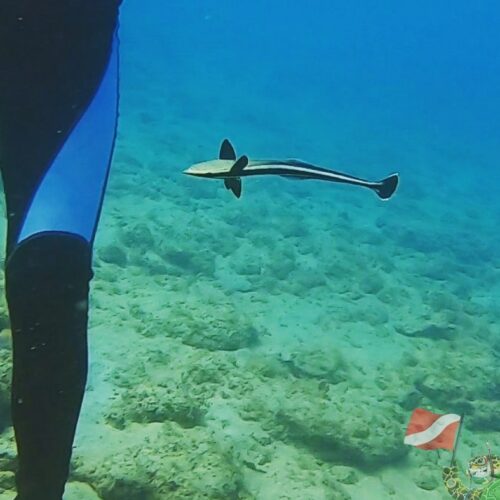 Sea Cucumbers are relatives of starfish⭐️, sand dollars, and urchins

They breathe through their bum! … maybe this is what we are witnessing in the video

They are usually very still in the daytime because they are nocturnal. It was interesting to see this one moving around so much!✨

🌊 You will see these halfbeaks usually in groups, racing near the surface of the water.

🐟 Halfbeaks are named after their elongate jaws, the lower of which is usually significantly longer than the upper one.

🌊They are fast and silver! Sometimes you don’t even realize they are right in front of you.

🐟Ballyhoo fish are pelagic fish! They live in the pelagic zone of the ocean which means being neither close to the bottom nor near the shore. 🐠

👀Keep your eyes peeled for these guys when you’re out snorkeling and when you see them say ‘Ballyhoo!’😄 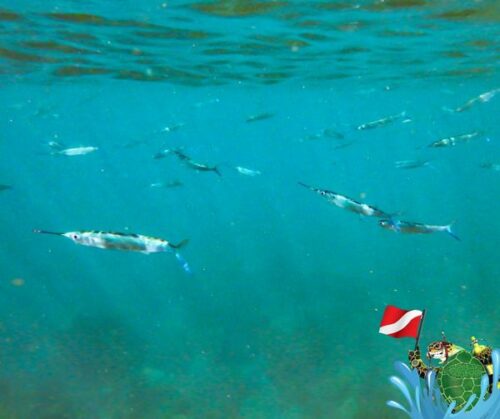 🐠 Gray Angelfish live 5 -10 years and can grow up to 2 feet long!
🐠 As adults, they are usually solitary and territorial, though you will often see them traveling in pairs or as a family. The fry (baby angelfish) stays with the parents until they are grown.
🐠 Sponges, seagrass, and coral are their favorite snacks. They are always munching away at the reef!

🐛 POLYCHAETE (Bristle Worms)
🌋They have survived 5 mass extinctions. Even one that wiped out about 96% of ocean life!
⚡️There are over 10,000 species and they’re found in all depths, shapes, sizes, and colors.
🔥One species, called the Pompeii Worm, is one of the most heat-resistant animals in the world. They live snuggled up to thermal vents that reach 140 degrees Fahrenheit! 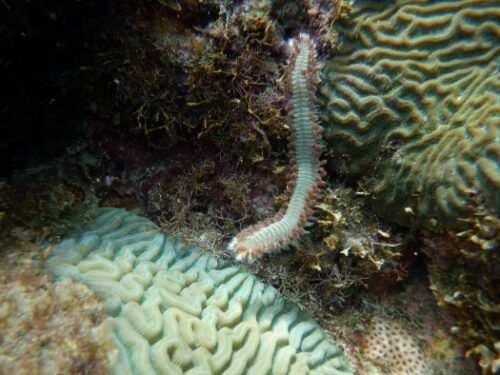 These beauties are found all around the world in different depths, shapes, and sizes!
They feed on hard corals so you know the reef is doing well when you see a lot of them!.
When you notice there aren’t any butterflyfishes swimming around, it could be a sign of larger problems for the reef.
Did you know that Butterflyfish mate for life? If you see one, then look around for another! 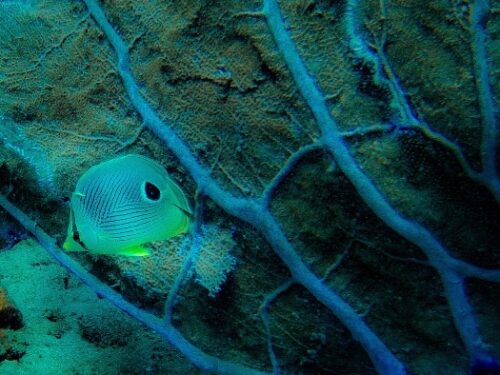 Big group?! No problem! 😊 Our team of professionally certified guides are with you and your team from start to finish to ensure you have an incredible time! The Coffin & the Cross is a popular scuba dive in Rincón, Puerto Rico. Not only is it a beautiful wall dive but you also pass a cross and a coffin, dedicated to all those who lost their lives at sea.

DIVERS AND THE PLANET

Introducing people to the underwater world is our favorite thing to do. We believe that the more people who can witness it in their lifetime, the quicker we will begin to understand its vulnerability as a whole. Scuba diving brings you so close to the ocean that you find yourself caring more and more about your choices and how they affect this vital part of our planet. So, we figure, the more scuba divers, the better! If you love the ocean or if find yourself daydreaming of blowing bubbles, get inspired and get into the water! Join the worldwide family of scuba divers and watch your life go places you never thought it would! 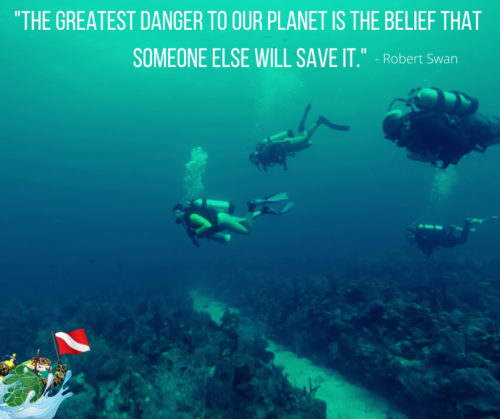 🦈 When you see a diver put their hand on top of their head mimicking a fin, keep your eyes peeled for a shark!

🦈 This nurse shark said a quick hello as it lazily swam around the reef. 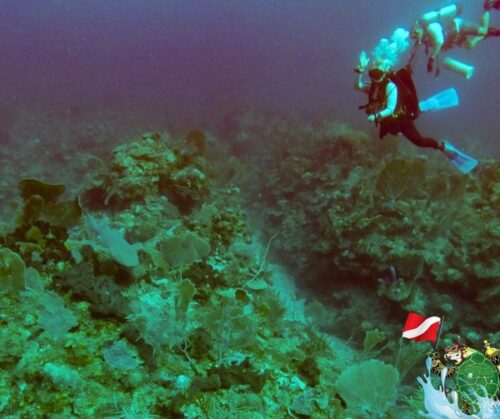 👌 The buddy system is a crucial safety net for scuba divers

👀 4 eyes are better than 2! Good buddies check each other’s gear before and during a dive

🌊 Buddies stick together no matter what. If one has to leave the dive, they both leave the dive. This ensures both divers get home safely.

🐠 A good dive buddy is a friend for life. Someone you can rely on and share incredible memories with. 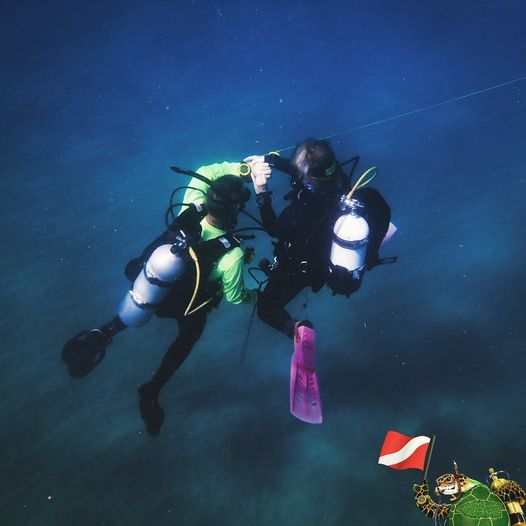 Follow us for fun ocean facts, wildlife encounters, and more!